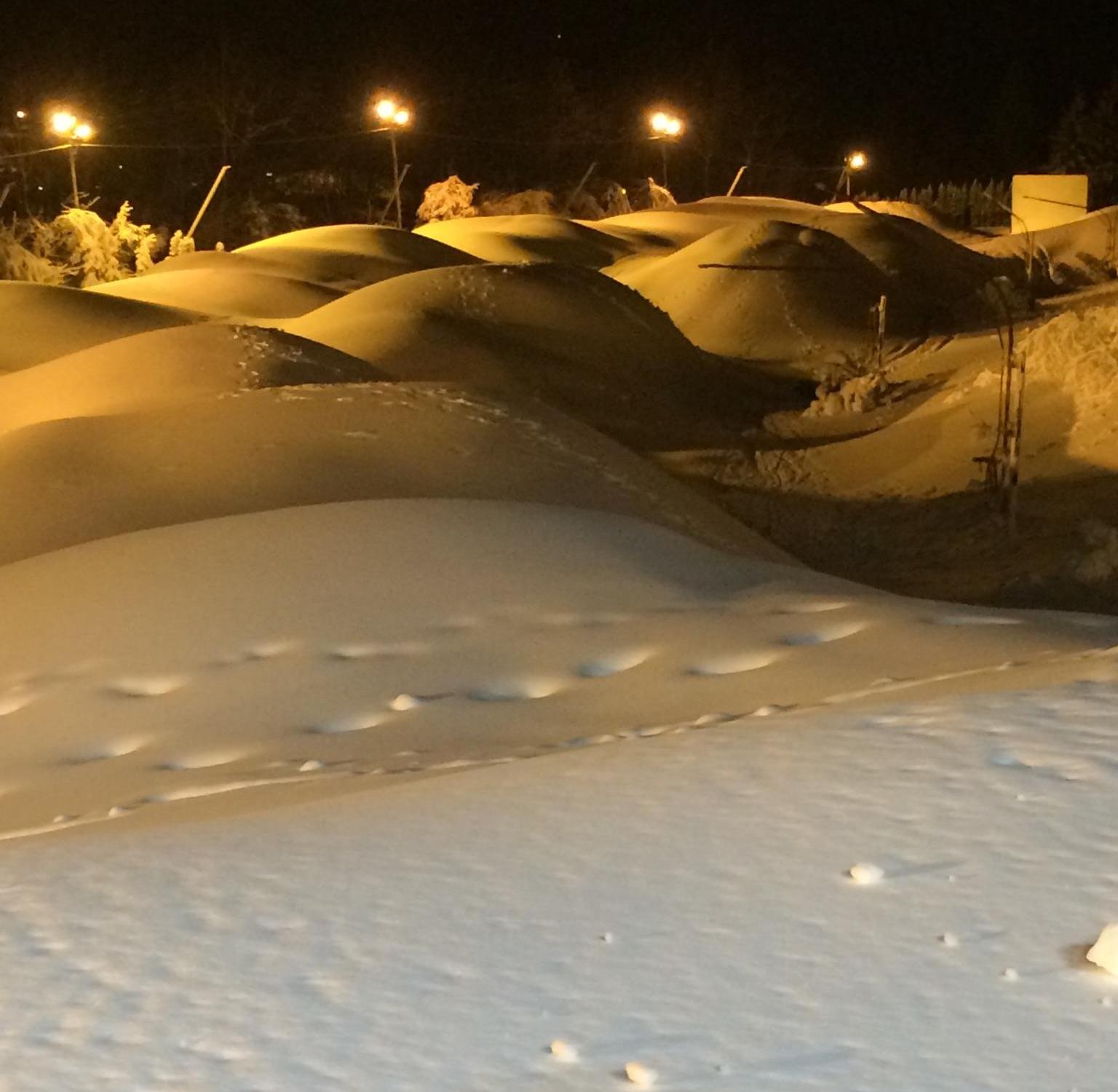 If Pennsylvania slopes depended on Mother Nature’s flakes, you would need a set of roller skis. To date from opening day, natural snow accumulation falls between six-to-eight inches total. With intermittent warm spells and days of rain, the green grass seems more inviting for another round of disc golf.

And, so it goes, that’s where we come in. 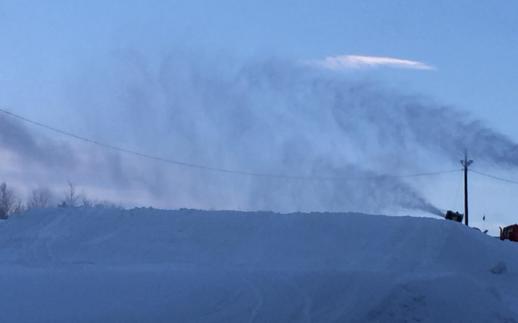 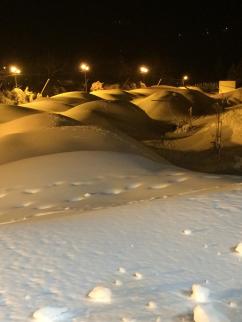 So far this season, we have made two-to-six feet of snow on most trails. In the past week, we dumped out twenty-foot high piles on Razor’s Edge. The cold snap allowed time for continuous snowmaking to gain significant mass on large area trails, like Razor’s and Sidewinder. At a constant twenty degree wet bulb for one hour of time, we can blow around four-to-six inches of snow.

The kicker is— Mother Nature is the epitome of change. That’s why sharing snowmaking stats feels like we’re juggling numbers. Weather fluctuates. Wind blows north, then east, then north again. We have over twenty different types of guns across the slopes. We need time to make snow. We need time to push. And, as the saying rings true, sometimes, there are not enough hours in the day.

To make up for time, the snowmaking world used innovative technology to create a snowmaking automation system. Here’s the debrief:

With automation, every minute of opportunity to make snow is maximized by efficiency. Automation starts up within minutes of a mouse click when wet bulb temps drop below twenty-eight degrees. Guns can adjust to weather changes without the use of additional labor, saving on time and financial expense. Most importantly, this helps us decrease energy waste to avoid near 5 million pounds of CO2 greenhouse gases each year.

Last week, we experienced a glitch. The automation system had a yard sale. We continued to run, we continued to make snow, we just couldn’t make adjustments as well as we wanted to. Most of our trails are still equipped for old school snowmaking. So, we worked around the problem. We adjusted hydrants manually. And, with the help of our Techno Alpin friends, the system was fixed and the snow piled higher. 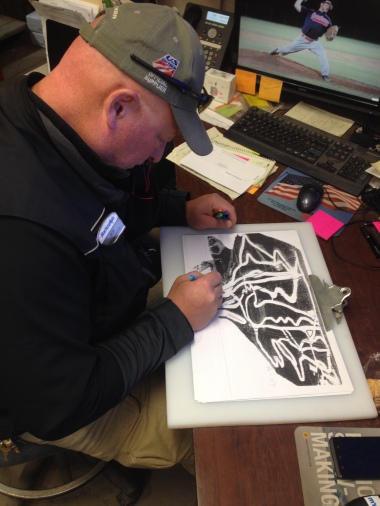 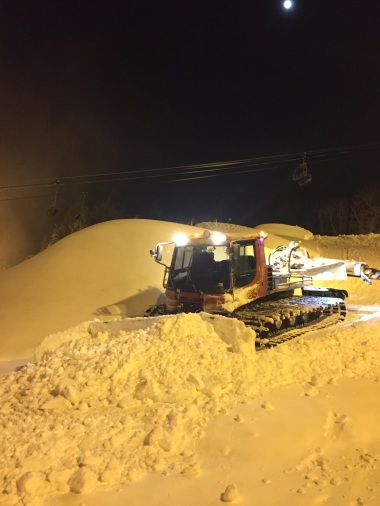 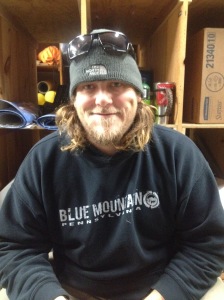 A word from Papa Miser: “Glad to have this guy around. He’s been our winch cat operator for the last three years and a groomer operator for longer before that.”

Ty started at Blue working ski patrol in 2005. He transitioned to grooming full time in 2008 and continues working patrol on Wednesday nights. 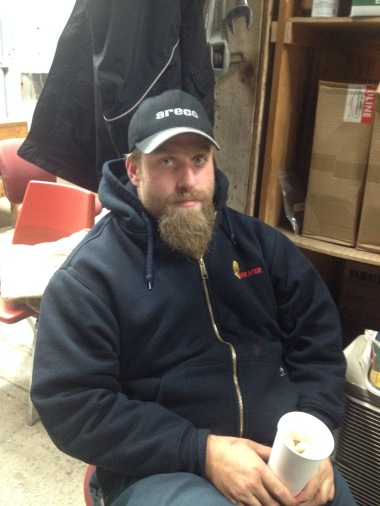 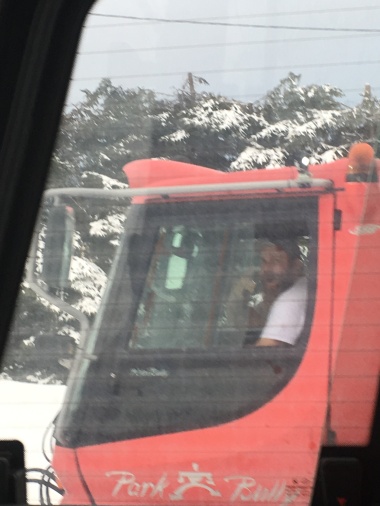 A word from Papa Miser: “We bring Zach in off the farm to make snow with us in the early season. As snowmaking duties dwindle down, he becomes a grooming operator. Find the beard, you’ll find Zach.”

Zach was hired as a housekeeper at Blue. Before working his first shift, Ty suggested he join the snowmiser crew. Zach made the switch and is now working his second season snowmaking and grooming.

Come Friday morning, every single trail (except the glades!) will be open and ready to ride. Our ponds are full, and snowmaking will resume again Friday night.

Finally— Switchback! Ride on, and thank a snowmiser.

See you on the slopes, 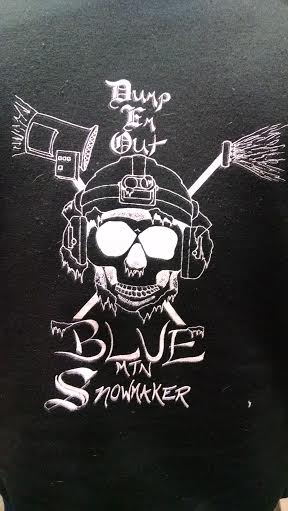 4 thoughts on “thank a snowmiser.”