There are two kinds of Black Friday enthusiasts: those who shop and those who opt outside. With a gracious tip from Mother Nature, we set aside our coupons to pull an all-nighter on the slopes. The marginal temperatures were cool enough to match the wet-bulb green light for another bout of snowmaking. Easy Out, Vista, Midway, Come Around, and Lower Main Street, finely groomed and finessed, were ready to ride for our teaser opening this past weekend. 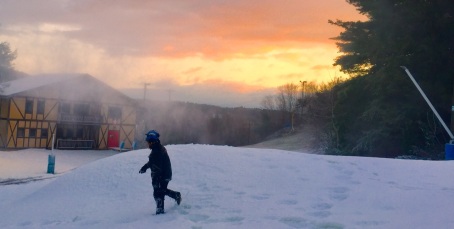 Yes, we’re back to day and night shift crews. ‘Round the clock and ready for any and every opportunity to make snow, play Jack-of-all-trades, repair leaks, maintain equipment, and finish last minute to-do’s. Come Friday night, snow cats will be purring again, leaving corduroy tracks like paw prints across freshly coated trails.

: the first run early in the day

In the interim of heat and snow miser confusion, we let our system prove its worth in strength and efficiency. Making snow when Mother Nature nods is our golden ticket for an early opening. This Saturday and Sunday, we’re taking advantage of what we have. Slopes will be open for skiing and riding, allowing for more runs and a longer ski season while the snow stays shining.

Though next week’s forecast is calling for lower temperatures, this time of year is notorious for temperature inversions. A lack of cold air and circulation limits the push of warm air off the mountain, leaving the valley nearly ten degrees cooler than the summit. As colder temperatures settle in with consistency, inversions will likely disperse, and snowmaking conditions become more favorable. 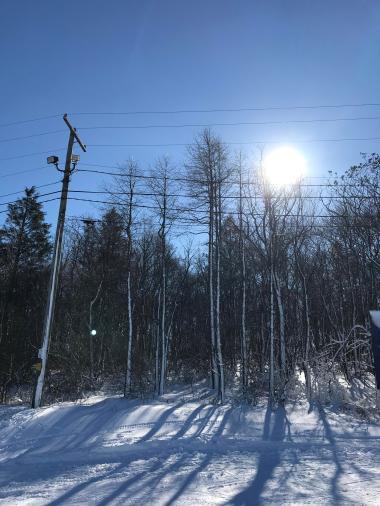 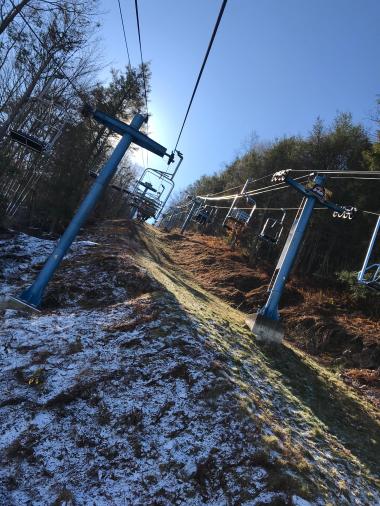 When the snow’s not falling, we’re fixing. The pendulum of cold to warm temperatures creates a freeze-thaw effect of the soil. The adaptation increases pressure on our underground piping system, causing pipes to burst or crack . With water and air hydrants from valley to summit, Paradise to Vista, we have miles and miles of underground piping.

We expect leaks, but we often find them in transit during trail or maintenance runs by following excessive water runoff on trail shoulders or identifying air holes or melted pockets of snow on the trail. To repair, we depend on the excavator to quickly dig the area, and the excavator operator to avoid hitting additional parcels of pipe. We repair or replace pipe sections, then refill the area with soil, and recover with snow where needed.

Every day is a good day to opt outside. When the snow shines, it’s time to ride.

See you on the slopes this weekend,